Creating Opportunities for the Future While Protecting the Sandhills 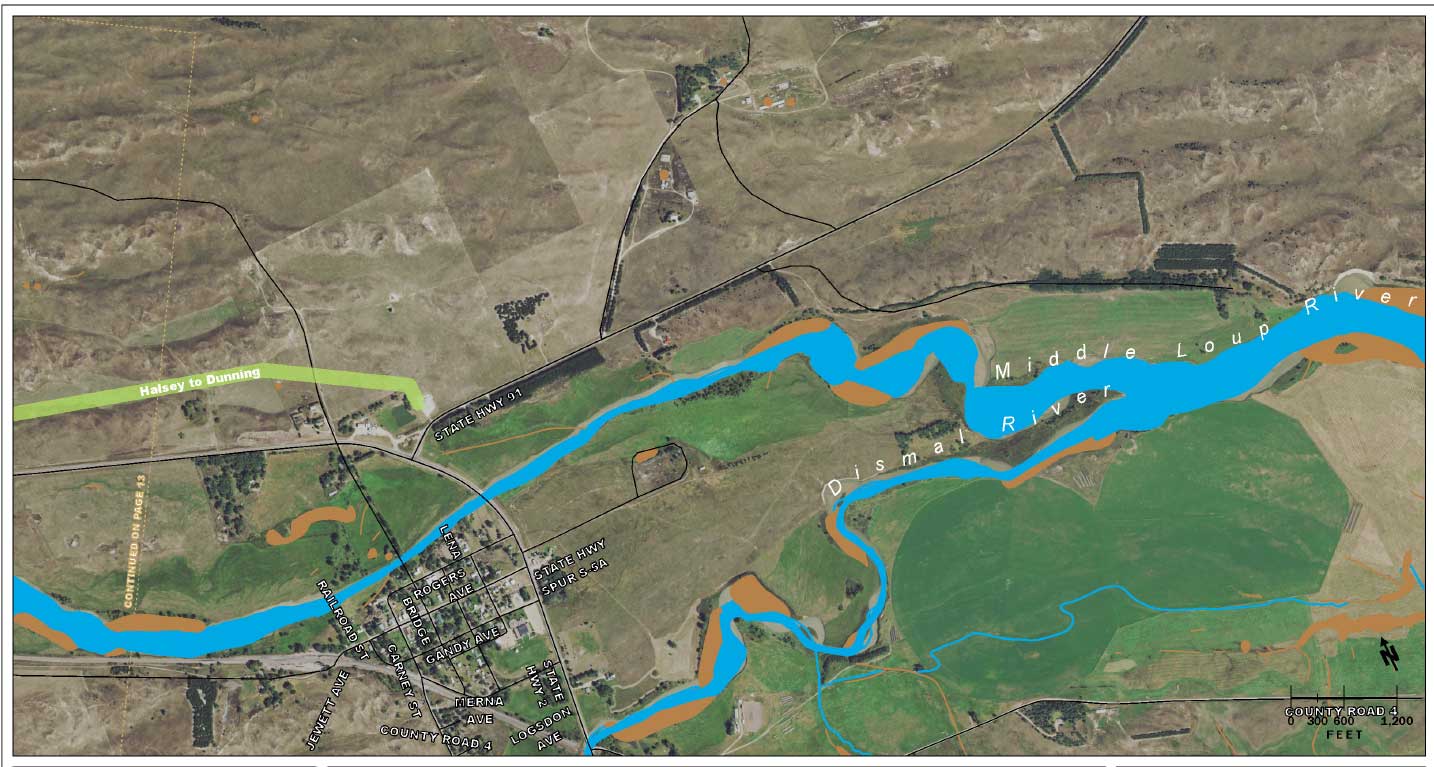 From mid-February to mid-April, one of the greatest events in our natural world occurs throughout the Sandhills region of central Nebraska—the migration of more than 500,000 sandhill cranes from their winter-feeding grounds in Texas to their summer breeding grounds in northern Canada and Alaska.

This incredible event attracts bird watchers from throughout the world who travel to central Nebraska to witness tens of thousands of sandhill cranes resting before they take flight in their journey North.

And it is out of respect for these beautiful birds and what they mean to Nebraskans—as well as bird lovers throughout the world—that Custer Public Power District (Custer PPD) challenged Ulteig engineers to create an avian-safe design when replacing 38 miles of aging transmission line between Seneca and Dunning, Nebraska. The line, which runs parallel along Highway 2, is situated in Nebraska’s famous Sandhills region, a semi-arid area encompassing 19,300 square miles that features rolling, grass-covered sand dunes. Once populated by tens of thousands of buffalo during the 1800s, today the Sandhills area is known for Nebraska’s famous grass-fed cattle and its world-class golf courses.

“This line is constructed through some fragile land with many forms of wildlife,” said Rick Nelson, general manager of Custer PPD. “Ulteig’s attention to detail and ability to address our concerns pertaining to the migratory birds that fly the area, and the fragile soil of the Sandhills of Nebraska, was really important to this project’s success.”

Custer PPD, headquartered in Broken Bow, is geographically the largest rural public power district in Nebraska, serving over 8,000 square miles of territory in the central part of the state. Custer PPD supplies electric power with approximately 300 miles of transmission lines and over 4,600 miles of distribution lines to Custer, Thomas, Blaine, Logan, McPherson, Loup, and Hooker counties and portions of Sherman, Dawson, Cherry, Lincoln, Brown, and Garfield counties. Custer is divided into six service areas, two of which are served out of the main headquarters in Broken Bow. The other four areas have their own service centers strategically located within their service area.

“This project includes converting the operating voltage of the line from 34.5 kV to 69 kV, said Kelly Bjerke, technical manager with Ulteig’s transmission team. “In addition, with the new, higher voltage line, we needed to not only replace the original wooden poles, most of which were installed in the mid-1950s, but also increase their height. We specified new steel poles up to 120 feet in length; however, most of the poles will be in the 75- to 85-foot range.”

This was the first time Ulteig had ever been asked to conduct avian and other environmental studies as part of a Custer PPD transmission line design project.

The environmental analysis involved conducting two primary studies. Because the new transmission line would be in close proximity to the Middle Loop River, Ulteig first conducted a study of nearby wetlands. These areas are known to provide habitat for federally protected species such as the piping plover, whooping crane and the northern long-eared bat, among others. The results of this study helped designers place new poles in locations that avoided impacts to wetlands.

Since overhead power lines may pose electrocution and collision risk to birds, a separate avian risk assessment was conducted to analyze the potential impacts the upgraded transmission line may have on sandhill cranes, eagles, and other birds in the area. This assessment incorporated guidelines as published by the Avian Powerline Interaction Committee (APLIC) as well as Custer PPD’s Avian Protection and Management Policy.

Custer PPD made the decision to have the new line designed and constructed with greater separation between the energized conductors themselves as well as between the energized conductors and grounded parts, as suggested by APLIC. This increased separation reduces the likelihood that a perched bird will simultaneously contact energized and/or grounded equipment and be electrocuted. If adequate separation could not be incorporated into the design, insulation covers were used to cover phases or grounds to reduce avian electrocution risk.

Because the project is located within the central flyway migration corridor, Ulteig’s environmental team also had to analyze the risk of avian collisions with power lines and equipment. This assessment analyzed susceptible bird groups, protected species, migration patterns, spatial resources and previously documented interactions to identify specific locations along the 38-mile corridor that may present a higher risk of collision for birds.

“The problem is that birds can have difficulty seeing and avoiding transmission line conductors, particularly those with a smaller diameter such as the shield wire attached to the top of the poles,” said Luke Hodges, Ulteig environmental specialist. “So, the installation of line marking devices on the shield wire was recommended. These devices help birds identify the lines and avoid collisions, especially in low light conditions or inclement weather.

Ulteig’s field services group first performed a topographic survey of the project corridor, which was incorporated into the design for the new transmission line. The topographic survey consisted of mapping a corridor, 100-feet wide, along the existing alignment and client- or landowner-specified deviations. An aerial survey wasn’t possible due to snow coverage, so a traditional ground survey was performed. “Because we understand landowner concerns over erosion caused by delicate vegetation being disturbed, the survey team walked the corridor on foot,” said Jay Johnson, field services technical manager. “This minimized the impact to the sensitive environment that is the Sandhills area.” They also made notes, utilizing the mobile GIS-based project map, to identify areas of access that would help everyone throughout the construction process.

The field services group also performed retracement surveys for parcel boundaries, road right-of-way and riparian rights, preparing the documents necessary for the easement acquisition process. This consisted of researching all parcels impacted by the project. The team also worked with the county-appointed surveyors to restore lost section corner monuments along the route. This service is traditionally provided by the county surveyor at the county’s expense, but due to the large scope of this project, the county’s surveyors chose to work with Ulteig’s surveyor team to restore the missing corner locations and place new monuments.

Finally, the field services group completed preliminary pole staking for landowner and county review. They then performed the final construction staking, marking the locations of the new poles and guy anchors for the construction companies.

In all, this effort included team members from four different office locations mobilizing to the site and assisting in the calculation and drafting of deliverables. The team was often able to mobilize to the site with less than 24 hours’ notice.

Another important aspect of this project was the customized, web-based, digital mapping system that Ulteig created to provide quick and easy access to the survey notes, easements and design. To support field inspectors and contractors, Ulteig developed a mobile application and a dashboard to visualize the key construction installation progress.

Once completed, this project will give Custer PPD:

The Seneca to Dunning project consists of three segments:

Construction on the project was launched in late November 2020 and is expected to be complete by April 2022.

While a large-scale transmission line upgrade project isn’t anything new to Ulteig, this project proves that even the most straightforward project can offer new challenges and opportunities to innovate. 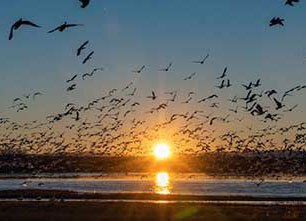