Located in Colorado’s Cheyenne and Kit Carson counties, the Cheyenne Ridge Wind project began in June 2019. The facility opened for commercial operation in August 2020, one month ahead of schedule. At its opening, the 500MW wind project was the second-largest single-phase wind project in the state. Ulteig was hired to be the project designer for its client, the developer/builder Mortenson, with Colorado’s largest utility company as the owner.

Ulteig’s role was designing the collection system and two substations and performing system studies for the large wind farm. The new facility produces enough power for 270,000 homes and utilizes 229 turbines. Completion of the project will help the owner meet its future renewable goals of 80% carbon reduction by 2030. In addition, Cheyenne Ridge is expected to generate about $107 million in landowner payments and another $29 million in new tax revenue over the life of the project. In September 2020, Cheyenne Ridge helped the utility set a record for Colorado when the wind power on its system served close to 70% of energy for customers. The new wind facility aligns with Colorado’s goal to have the state reach 100% renewable electricity by 2040.

A key challenge for Ulteig occurred soon after project kickoff, when the original owner sold the project to a new utility, who then hired a new developer, Mortenson, to build. The Ulteig team, a longtime partner with Mortenson and the new owner, quickly adapted to the new clients’ standards. Ulteig adapted, maintained quality, and delivered the project ahead of schedule. 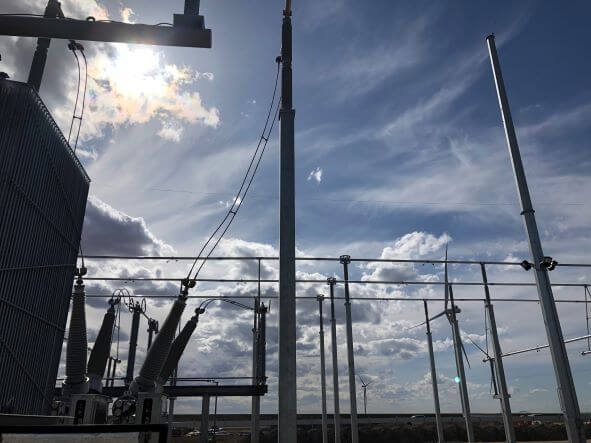