Gary, Minnesota — Sitting cozily between Detroit Lakes and Crookston, the northwestern Minnesota town of Gary exhibits the kind and charming spirit of much of the Midwest.

Living along the eastern edge of the Great Plains, among neighboring corn and soybean fields, the town’s 214 residents have suffered through their fair share of frigid Minnesota winters. That kind of suffering doesn’t even compare to the town’s long history of less than satisfying water. Before August 2021, when Gary residents turned on their own home faucets, they were met with water that had iron and manganese levels so high the water looked like a glass full of Tang orange drink.

The culprit? No treatment to remove the iron and manganese. This unreliable and low-quality water source had become so bad that many of the town’s residents bought bulk supplies of bottled water for drinking and Iron Out rust remover to keep their white clothes from turning orange.

“In conducting our research, folks in town shared multiple stories about entire loads of laundry coming out orange – because of the high levels of rust in the water,” said Brian Hiles, P.E., a senior project engineer with Ulteig in the firm’s Water and Wastewater Treatment group.

Poor water quality was causing an iron buildup in water heaters and staining fixtures and other household equipment, which greatly reduced the capacity of the appliances. The average lifespan of a water heater is about 8 to 12 years. In Gary, water heaters lasted only a couple of years.

After the town lost one of their wells in 2015, the town’s water woes simply became too large to ignore. The loss of a well meant the whole town was relying on just one well, which was between 30 and 40 years old itself. The 3,000-gallon pressure tank that provided the system pressure for the remaining well was rusting to a dangerous point.

Stakes grew incredibly high as the town worried that a catastrophic failure of the whole water system was ahead. It was time to take action, and that meant finding the funds to rebuild the town’s water system. To say the least, chowing down a plate of lutefisk would be a much easier task.

A Solution Fit for the Town

In a small town with little experience doing a system re-vamp of this scale, the town’s leadership decided to call upon the engineering experts at Ulteig who had helped other nearby towns, such as Winger and Menahga, update their aging water infrastructure.

“Many small towns don’t have experience with a project like this, so we walked the city through the entire process,” said Hiles. “After the city hired us to scope out the project, we created an engineering report, which we then used to go after funding for the project, such as federal, state and county resources. We identified the funding sources and put together the grant and funding applications for the city. For this project, we were able to get about 70% of the project covered by grant funds.”

Together with Gary city leadership, Ulteig engineers decided to move forward with three main projects for the city. These projects included:

A town of Gary’s size understandably has fewer people available to run the water treatment plant at any given time. To accommodate for a smaller crew, the city requested for Ulteig to add a system that allowed supervisors to watch over the plant from their mobile phones.

“Towards the end of the project, we added in a way for the town’s water superintendents who operate the plant to be able to see the readout screens in the plant on their phones. So, if they weren’t able to get to the plant for some reason, they could pull it up on their cell phone and be able to look,” said Hiles.

Beyond giving the local water superintendent better tools and equipment to provide the town of Gary with safe drinking water, the new water system is producing other benefits as well, such as:

You can imagine the cost savings for homeowners in Gary with that list of benefits. One of the most tangible savings will be on their homeowners’ insurance. Because the city’s ISO fire rating will improve with a new water storage system, homeowner insurance rates will drop due to a lower risk of fire damage.

“With the old system, there was only a limited amount of water that residents could use to fight a fire. Now, with a new source of constant water pressure and being able to source from the water tower, it is a lot safer and less costly to insure,” said Ron Kleinschmidt, a subject matter expert with Ulteig and an accomplished water and wastewater treatment system operator with 37 years of experience in the industry. “The new water tower improves Gary’s Insurance Service Office (ISO) fire rating, which allows all of the residents to get new rates on their insurance.”

“During the planning process, we checked with local insurance companies about what those savings would be, and we found the new water system would save residents roughly $25 a month, or about $300 a year,” said Hiles. “Considering that the town will need to raise water rates by an average of $21 a month to pay for the new water treatment system, it will basically cost the town’s residents nothing additional to fund a new, modern water system.”

Indeed, the city is so pleased that their official website has an entire section dedicated to “Water Project 2021,” where they boast about the “greatly improved” quality of their city’s water.

“There’s been a lot of compliments to the city council and the mayor about how much better the water is. The quality has improved so much, and residents don’t have to worry about losing loads of laundry or any of the problems that they worried about before,” said Hiles.

If Gary Can Do It, So Can Your Town

Change is not easy. And yet, we can see that change is in fact inevitable – there’s more intense super storms occurring more often, more intense heat, and deeper droughts. There are many towns across the nation – just like Gary – that are reluctant to make change, think they can get a little more mileage out of their existing water system, or want to make changes to their infrastructure, but lack funding and the people power to obtain that funding.

If there’s one message that Hiles and Kleinschmidt would like to share from their experience is that if Gary can do it, most any small town in America can do it. Both experts point out that as our country faces more disruptions in the future, the time to act is now.

“If you’ve been contemplating doing something, now is the time to do it,” said Hiles. “Federal, state and municipalities are placing greater emphasis on water infrastructure than ever before. For smaller towns that worry about funding a big project, if Gary can do it, you can to. Don’t let your water get to the point where you are desperate for a new system.”

“Water issues are never going to go away, and there are very favorable funding options available now,” added Kleinschmidt.

The bottom line is about providing for the safety of your community and creating opportunities for your town or city to grow and make it welcoming for a new generation.

“Don’t underestimate what water means to your community and those who visit,” said Hiles. 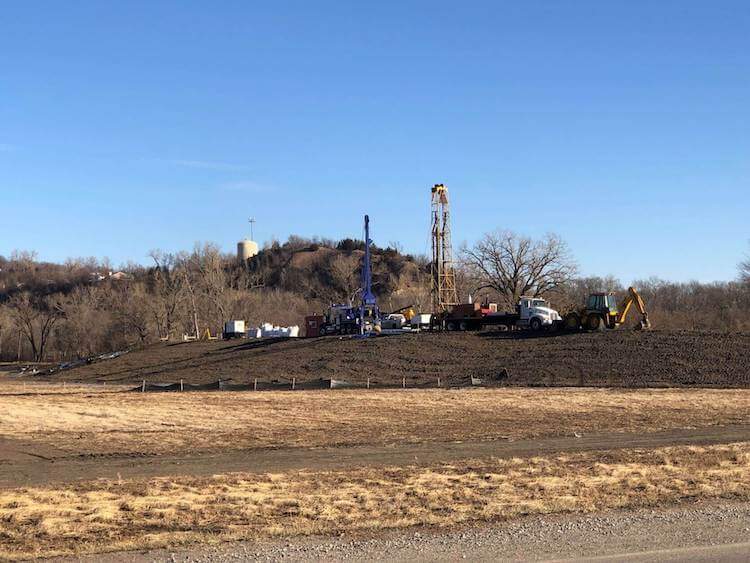