When Ulteig’s Project Delivery Services (PDS) team kicked off the Solomon Forks Wind Project in July 2018, they already had multiple collaborations with Engie North America. And though every project comes with its share of challenges, this large 276 MW wind farm project was filled with challenges that put even the Ulteig PDS team to the test. In the end, the team delivered on time, to the satisfaction of its client.

Built with 105 Siemens Gamesa turbines, the Solomon Forks project was designed for Power Purchase Agreements (PPAs) made with major telecoms and retail customers. Based on its extensive experience, the Ulteig PDS team planned for success while preparing for any number of challenges that come with building a wind farm. However, facing strict deadlines, the Ulteig PDS team, which provided project and construction management services, achieved the following successes:

“The Solomon Forks project was an incredible example of how a strong project and construction management team can overcome seemingly endless obstacles. It’s a shining example of what our PDS team can do,” said Knezevich. 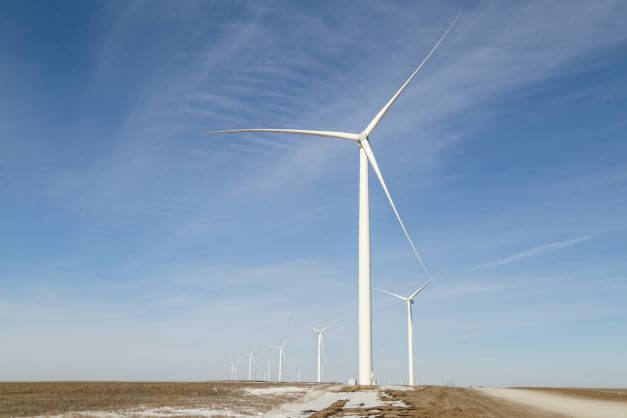