Living along the eastern edge of the Great Plains, among neighboring corn and soybean fields, Gary, Minnesota’s 214 residents have suffered through their fair share of frigid Minnesota winters. Before August 2021, when Gary residents turned on their own home faucets, they were met with water that had iron and manganese levels so high the water looked like a glass full of Tang orange drink.

After the town lost one of its wells in 2015, the town worried that a catastrophic failure could take out the town’s entire water system. It was time to take action, and that meant finding the funds to rebuild the town’s water system.

A Solution Fit for the Town

In a small town with little experience doing a system re-vamp of this scale, the town’s leadership decided to call upon the engineering experts at Ulteig who had helped other nearby towns update their aging water infrastructure.

“Many small towns don’t have experience with a project like this, so we walked the city through the entire process,” said Brian Hiles, PE. “After the city hired us, we created an engineering report and put together grant and funding applications for the city. For this project, we were able to get about 70% of the project covered by grant funds.”

Together with Gary city leadership, Ulteig engineers decided to move forward with a few main projects for the city. These projects included:

To accommodate for a smaller crew, Ulteig was able to integrate a system that allowed supervisors to watch over the plant from their mobile phones. Beyond giving the local water superintendent better tools and equipment to provide the town of Gary with safe drinking water, the new water system is producing other benefits as well, such as:

Read more about the Gary Water Project in our Knowledge Center. 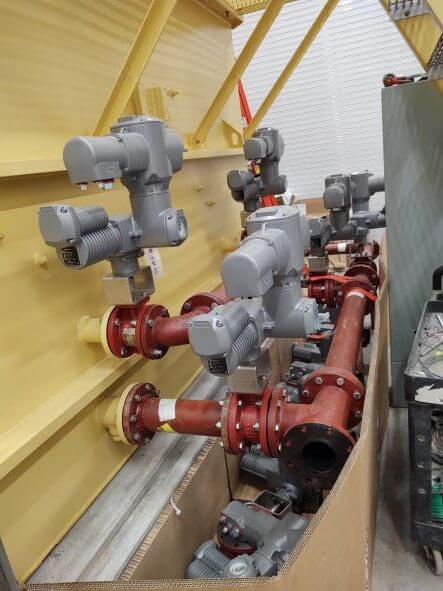